Watford announced last Saturday that Spanish coach Quique Sanchez Flores is the new coach of the first team after announcing the dismissal of fellow countryman Javi Gracia, who had been the coach since January 2018. 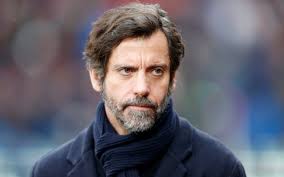 It will be the second coming of Sánchez Flores to the London club having coached the 'Hornets' between June 2015 and May 2016 leaving the team in the Premier League and qualifying for the semifinals of the FA Cup that year.

Since leaving Vicarage Road, the coach has trained managed in Spain between 2016 and 2018 and Shanghai Shenhua last season. He left the Chinese club in the summer and has been without a job since then.

Sanchez Flores has a solid cv winning the Europa League and Super Cup with Atletico Madrid as well as the League Cup with Benfica.

Watford are known for their erratic change in managers with the sacking of Garcia a surprising one. The Spaniard was hailed by members of the press last season as he led the club to eleventh place last season and reached the final of the FA Cup.

Meanwhile, former Arsenal defender Gael Clichy has been linked with a move to China. The Frenchman has been with Turkish outfit Instanbul Basekhir but could make a switch to China with a number of clubs interested in his signing.

Clichy was one of the best in the left-back position during his time in England starring for Arsenal before making the move to Manchester City. He enjoyed a starring career winning the League at the Etihad.

China has become a destination for players that want to retire with a nice contract and a host of players have been trooping to the Asian nation in recent years.

The likes of Ramires, Oscar, Ighalo and many more currently ply their trade in the Chinese League.